After we attended the practice wedding in Oncesti, we sat down over coffee with our unofficial fixer, Bud.

Bud told us there would be a traditional wedding in the village of Budesti the next weekend, and that he would even be bringing Japanese tourists there to catch the festivities. (Japanese tourism in this area is big.) 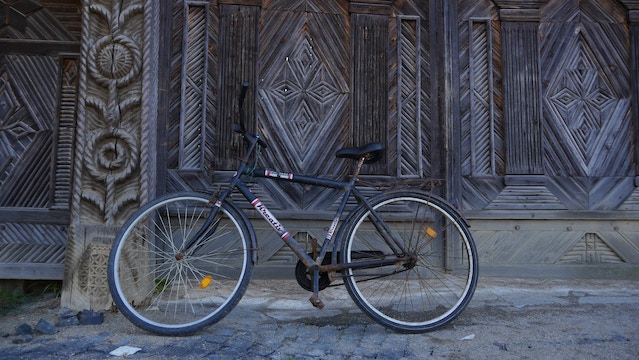 So, just days before our rental car was due in Cluj-Napoca, we found ourselves at an elementary school in Budesti that doubled as a cultural museum, searching for a woman named Maria, the principal there, who we’d been told could point us to possible translators. We battled through hordes of wild little Romanian kids to get to her office (the risks we take for this job, the derring-do!)

We ended up recording a long interview with Adrian, a teacher at the school, and his father, Petru.  Adrian explained a lot of the history and culture behind wedding traditions, while Petru shared tales of weddings 30 years before, during the communist era.

Problem is, nobody in Budesti seemed to know about any wedding happening that weekend. And we talked to A LOT of people from Budesti – teachers at the school, shop owners, church attendants, and the principal Maria herself. 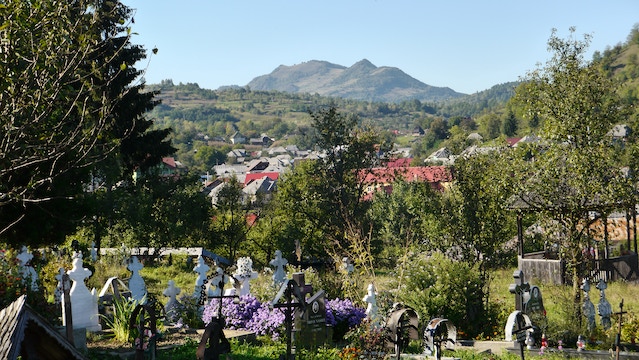 Nonetheless, with hope in our hearts and a Korean hostelmate, Hyoshin, in tow, we showed up last-ditch on the appointed morning and asked around all the churches. No wedding today.

We were a bit crushed, as was Hyoshin, who’d wanted to experience a wedding before she went off to Moldova.

We decided to salvage our last day in Budesti anyway and check out the interior of the1 6th century wooden church. The church attendant reconfirmed: no wedding. But,  there would be a large traditional wedding here in two weeks, she said. On Oct. 31- Halloween Night. (Side note: they don’t really celebrate Halloween here.) 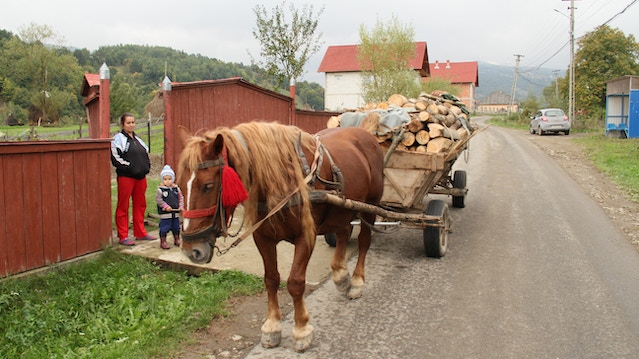 Horse-drawn wagon with lumber from the mountains in Ieud, Maramures.

We vowed then and there to return to Budesti, connect with the family, and film this wedding. And now you can all see how best-laid plans can be quite mangled by the reality of documentary filmmaking.

We returned the car and wandered about Transylvania, having adventures both high and low, before bee-lining it back to Cluj Napoca to rent the same little bubbly Ford Ka we had rented before. As if the past two weeks had never happened, suddenly we were back in Maramures. Not such a bad place to be, really!

All we knew was that the wedding would take place in the villages of Budesti and Mara. No one could tell us where in town the groom’s pre-wedding parties, processions and dances would happen.

But having experienced this before, we knew if we just walked around Budesti’s narrow lanes in the early afternoon and listened for the traditional fiddle and horn music, our ears would take us where we wanted to go. We reached the groom’s festivities just in time for his uncle to fill our hands with dumplings, cakes and shots of Horinca.

It was a crazy day that we’ll try to capture in Episode 2.

But for now, after several epic train and bus journeys and two flights; after witnessing historic protests of the good kind (in Romania) and the not-so-good kind (in Warsaw, Poland), and the filming of yet another wedding (this one just as a favor for our friends in County Donegal, Ireland), we find ourselves house-sitting and wrangling our footage together in a quiet (and ordered) corner of the Schwarzwald (Black Forest) in Germany.

Here there are no protests. Few distractions, in fact, besides watering our friends’ plants, making pumpkin bread from the pumpkins on the back porch, watching the early snow-showers fall outside – and of course, editing away hours on end for the first two episodes of “A Wedding of Cultures” (“AWOC” for short).

There will be much more soon! Watch for more video and blog updates!